The cheque is part of the settlement from the tainted Menu Pet Foods several years ago.  My beloved dog, Honey, was one of its first victims, as I purchased some pouch cat food as a "treat" for my mom's visiting cat, and my own. Neither cat would eat it.  Nor would my sister's visiting Golden Retriever.  I remember commenting about how bad it must taste, for a Golden Retriever to refuse it.  But Honey was fourteen, and I suspect that her senses of taste and smell might have been failing.  She ate some.  And then she started vomiting.  Several vet visits, IV treatments, one week, and a couple of broken hearts later, she died of liver failure.  It didn't make sense, since, as an older dog, she'd had all her medical tests (including liver and kidney function) just a few weeks before.

It was six months before the tainted pet food story came out, and that that time they said it had only been a problem since December.  But I knew, as soon as I heard about it, what had really happened to Honey.  I watched the lists as more and more products- with earlier and earlier dates - were identified, until finally I saw it:  the cat food brand I had purchased, with the date stamp matching the unused packages I still had.

I didn't join the class action lawsuit because I thought it would bring justice:  one of the guys in China who was responsible for the scandal had already been sentenced to die, and even that didn't make me feel better at all.  I knew no payment would make Honey's death okay, and as a pet, I was entitled only to financial compensation for loss of "property" - nothing for my grief and personal loss.  But I joined the lawsuit anyway, for her.  To add her name to the list of victims.  To point out - officially - that what happened to her was not okay. To say that she mattered.

And so, many years after I gathered up the vet bills and sent them away, I received reimbursement for some of them today (there were more claims than the settlement could cover, so claimants were offered only a percentage of what they submitted).

I know someone who makes beautiful things out of glass, and he has agreed to make me some jewelry, with Honey's ashes embedded in the glass, so that we can be "together" again.  That is where part of the cheque will go. I'll be sad and angry when I wear it, but I'll be happy, too, remembering Sweet Honey.


Honey was my ring-bearer when I got married.   Here we are in our wedding finery! 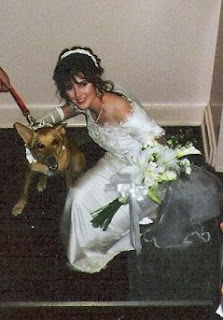 She loved a good game of Frisbee. 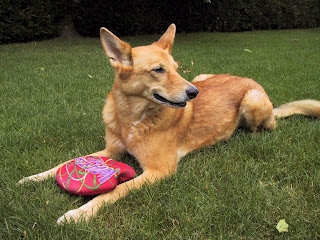 Hanging out with her cousin, Marbles. 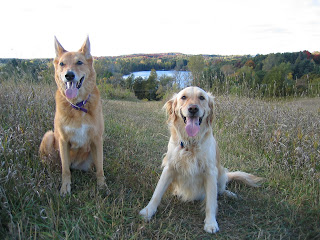 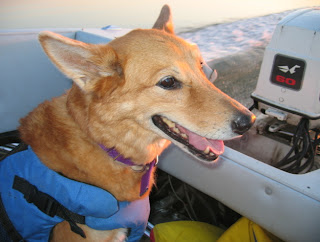 And playing in the snow. 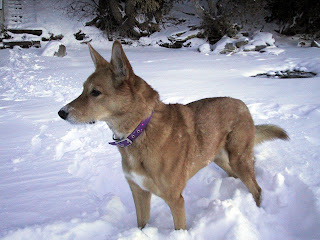 But she loved spring, too. 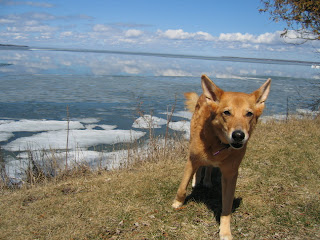 And quiet time, on the couch. 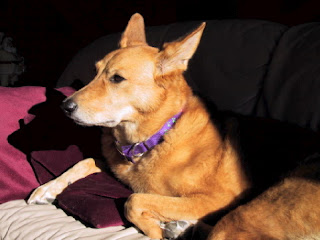 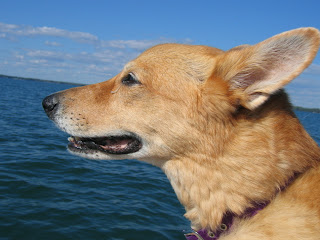 Miss you everyday, Babygirl!
Posted by Kimberly Joy Peters at 8:45 PM No comments: