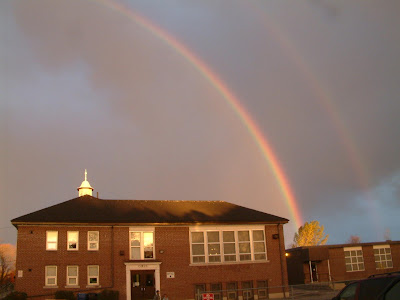 I was all set to post about March Break - how great the weather was, how my sinuses are still inflamed and making me headachy, and how many things I have to do once I get back to school.

And then I got a phonecall saying that one of my colleagues has died.

James (Jim) Effer worked with me for eight years. He took the author portrait on my website, and here, on this blog. And he did it for free, because that's just the kind of guy he was. He actually LIKED helping people, and the pleasure he got from that showed on his face when you thanked him.

Jim had just returned from a week in the Dominican Republic when he collapsed. I hope it was a good holiday for him, and for his family. I hope they won't be traumatized by having been there, and not being able to help.

I was only fifteen when my own dad died. And while I would never wish cancer on anyone, I am grateful that I had time to prepare myself, and say good-bye. When the time came, as bad as it was to lose him, I was actually relieved to see his suffering end. I live with the sadness of not having him in my life, but I don't have any regrets about things that were unsaid, and in that, I am lucky.

Just last night - perhaps while Jim was passing on - my husband and I were talking about events that happened ten years ago. "We're getting old fast!" he said. And, as is my habit, I reminded him that "the alternative is worse", using the examples of his brother-in-law, who died at 34, and my dad, who didn't make it out of his forties, where I am now.

I meant it when I said it, but I mean it more today, because Jim's last gift to me was a fresh perspective on making the most of the time you've got.
Posted by Kimberly Joy Peters at 10:43 AM 5 comments: